Letter by the Minister General 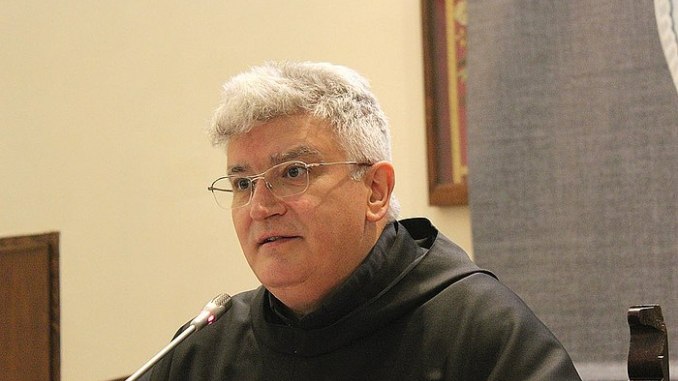 “It is better to die young having done something,

than die old without having done anything”

Our Order of Friars Minor Conventual is once again preparing to give honor and praise to the Most High and Almighty God, because one of his friars will soon be added to the long line of blessed martyrs who have understood how to make their life and death into fertile seed and a living Gospel for all who seek salvation.

Dear friars, in raising our brother Carlos to the honors of the altar, the Good Lord offers us a fresh opportunity to ponder our identity as Friars Minor Conventual, to reflect upon how seriously we live out our calling, in the times and places where obedience has destined us, and above all, to consider how we may incarnate the Good News in our lives, in our fraternities and in the midst of the people of God with whom we live.

In fact, on April 27, 2019, our confrere, Carlos de Dios MURIAS, martyr and religious priest, will be beatified in the city of La Rioja in Argentina, along with three other Venerable witnesses of Christ, the Most Reverend Enrico Angelo ANGELELLI CARLETTI, Bishop of La Rioja, Father Gabriel LONGUEVILLE, a French fidei donum diocesan priest and Wenceslao PEDERNERA, a layman and family man. It is worth mentioning that these four Blesseds, having been closely united in life and death, shall now be united forever as intercessors to God for us all, particularly, for the friars of the Rioplatense Province and all the Argentine people.

Venerable Carlos de Dios MURIAS was born on October 10, 1945, in Córdoba, Argentina, to Carlos María Murias and Ebe Ángela Grosso. He was baptized on November 24, 1945, in La Falda, just over a month after his birth. When he reached school age, he was sent to a boarding school run by religious, where he fit in very well and immediately paid particular attention to his neediest companions. He grew up as an idealistic boy, generous, simple and passionate about music. The best aspects of his parents showed through in his personality. After completing compulsory schooling, he felt attracted to religious life. However, his father wanted him to have a brilliant university career and convinced him to go to a military high school, which he attended and proved to be an outstanding student.

As soon as he finished high school, he returned home.  Even though he began a university career, he explicitly told his father that he wanted to become a priest. Venerable Enrique Angelelli, Bishop of La Rioja, played a fundamental role in this choice. Carlos met the bishop during high school. The bishop had been providing prophetic and courageous pastoral care to young students at the various faculties of the University of Cordoba. The bishop’s own preferential option for the poor was clear and he became an inspiration to the many young people who followed him. He was also held in high esteem by Carlos’ father, who granted his son’s request, knowing that he would be in good hands.

In 1966, at the age of twenty-one, Carlos began the postulancy program at the friary of San José in Montevideo. The next year, he entered the novitiate, letting himself be shaped by his formators to become a good Conventual Franciscan friar. He began theological studies in view of the priesthood. On December 31, 1971, he professed his solemn vows and on December 17, 1972, was ordained a priest by Bishop Angelelli. Shortly after, he received an obedience to join the community at the Conventual Franciscan seminary in Moreno. The following year, he joined the community at the friary in José León Suárez, where he ministered among young people in need.

From January 9, 1976, until his death, Blessed Carlos worked on opening avenues for the Conventual Franciscans. He served as the Associate Pastor in Chamical, in the Diocese of La Rioja, alongside the pastor, Venerable Gabriel LONGUEVILLE a French Fidei Donum missionary. Friar Carlos completely devoted himself to proclaiming the Good News among the people and denouncing injustices according to the parameters of the social doctrine of the Church. His efforts attracted the hatred of the powerful. On Sunday evening, July 18, 1976, while having dinner with some nuns from the Institute of the Sisters of St. Joseph, Venerable Carlos was abducted, together with Venerable Gabrielle Longueville, by some strangers representing the authorities. The same evening, both priests were brutally tortured and killed.

In love with God, Carlos followed in the footsteps of St. Francis of Assisi, evangelizing and defending the poor.  Persecuted by the regime at that time, the natural outcome of his kind of life could only be martyrdom. Moreover, his martyrdom was not seen as the culmination of a dream of holiness for its own sake, but rather, as the total giving of himself for others, at all times, as all those called to bear witness have declared. I could say more: how he gave himself to the Order of Friars Minor Conventual, in the then still very young Rioplatense Custody to which he belonged; how he gave himself to the local Church in which he carried out his fruitful apostolate; and how he gave himself to all those who met him on the streets of the world.

Some time before he was killed, and aware of the danger he faced if he remained with his parishioners in Chamical, he was asked if it would be better to leave. He replied: “It is better to die young having done something, than die old without having done anything.” Let us take these words of our Venerable confrere Carlos de Dios MURIAS, and meditate on them, giving praise to God, because Carlos understood how to bring those words to life. We ask for his intercession, so that we can do the same.

In the glorious life and death of Venerable Carlos, the prophetic words of Pope Saint Paul VI once again ring true: “Modern man listens more willingly to witnesses than to teachers, and if he does listen to teachers, it is because they are witnesses.”

Blessed Carlos de Dios MURIAS, pray for us and intercede for us!